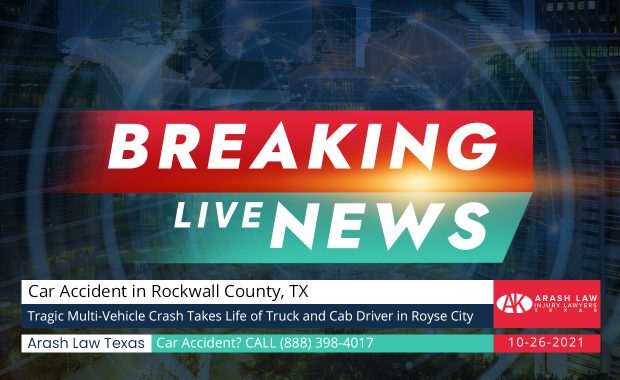 A truck driver was killed in a crash in the westbound lanes of Interstate 30 on Tuesday morning, October 26. The crash occurred at approximately 11:00 a.m. on Interstate 30 near the exits to Circle Drive and Erby Campbell Boulevard. According to the Rockwall County Office of Emergency Management, the westbound lanes were closed early Tuesday afternoon and were reopened around 4:00 p.m. The Texas Department of … END_OF_DOCUMENT_TOKEN_TO_BE_REPLACED 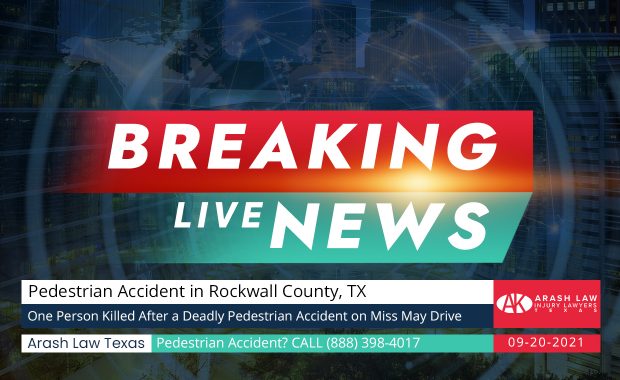 [09-20-2021] Rockwall County, TX – One Person Killed After a Deadly Pedestrian Accident on Miss May Drive

A school crossing guard identified as Melissa W. was killed in a fatal pedestrian accident in Royse City on Monday morning, September 20. The fatal accident happened on Miss May Drive at Miss May Vernon Elementary School in Royse City at around 7:30 a.m. An unspecified vehicle was initially traveling on Miss May Drive when the driver entered the school zone and hit the crossing guard before crashing into another … END_OF_DOCUMENT_TOKEN_TO_BE_REPLACED 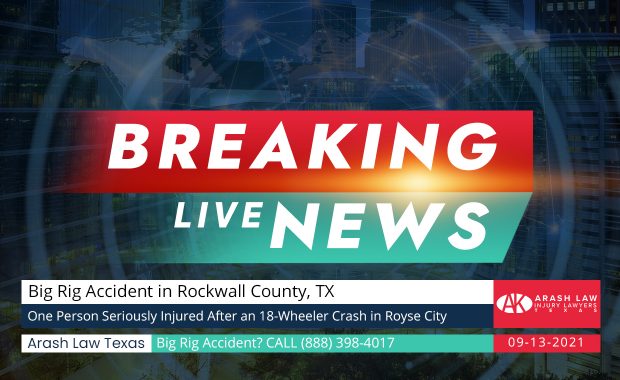 One person was seriously injured after a traffic crash involving an 18-wheeler in Royse City on early Monday morning, September 13. According to the initial reports from local authorities, the accident occurred on Interstate 30 at around 12:15 a.m. An eastbound 18-wheeler was traveling on the interstate when the engine failed. The driver then pulled onto the shoulder. However, a second 18-wheeler veered onto the … END_OF_DOCUMENT_TOKEN_TO_BE_REPLACED