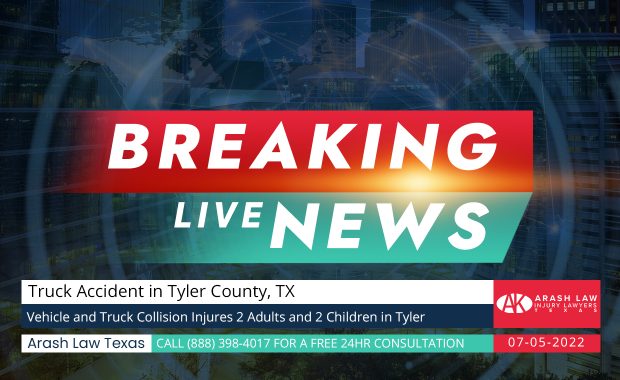 Six people, including four kids between the ages of 8 and 16 were injured following a truck accident on Hwy 64 West on Tuesday afternoon, July 5, 2022. The crash occurred at about 5:10 p.m. on Hwy 64 W near Toll 49. A 2003 GMC Envoy reportedly turned in front of a 2003 Freightliner box truck causing a serious traffic collision. The child, who is in critical condition, was airlifted by a medical chopper to … END_OF_DOCUMENT_TOKEN_TO_BE_REPLACED 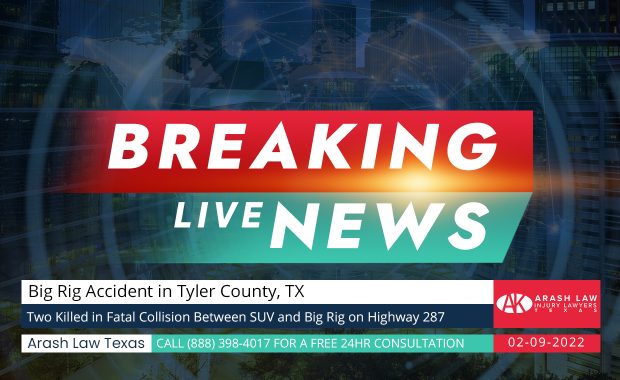 A fatal two-vehicle crash in Tyler County claimed the lives of two people late Wednesday morning, February 9, 2022. Sergeant Shana Clark of the Texas Department of Public Safety said the collision happened shortly after 11:00 a.m. on Highway 287 near Farm to Market Road 256, about 6 miles northwest of Woodville. According to Clark, a driver in a 2020 Kia SUV was driving west on FM 256 when he failed to yield … END_OF_DOCUMENT_TOKEN_TO_BE_REPLACED 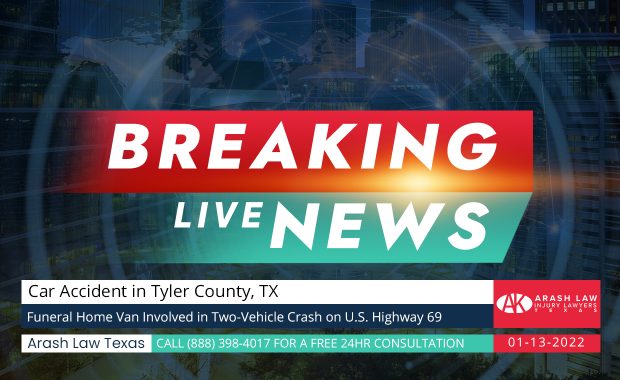 According to the Texas Department of Public Safety, a van owned by a Lufkin funeral home and carrying a body was involved in a crash in northern Tyler County on Thursday afternoon, January 13, 2022. It happened shortly after 2:00 p.m. just south of Colmesneil on U.S. Highway 69. According to DPS Sergeant Shana Clark, a 2012 Dodge Caravan owned by Gipson Funeral Home, was traveling northbound behind a 2019 Ford … END_OF_DOCUMENT_TOKEN_TO_BE_REPLACED 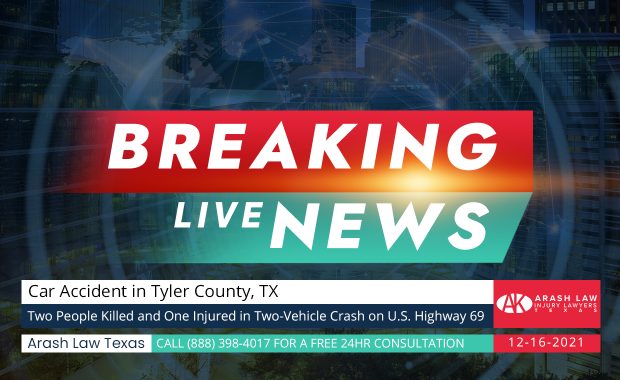 Two people identified as 84-year-old Doyle C. and Kathy C. were killed in a two-vehicle crash in Tyler County on Thursday afternoon, December 16, 2021. The two-vehicle crash occurred at about 4:30 p.m. on U.S. Highway 69. According to a Texas Department of Public Safety release, an initial investigation indicates that a 2001 Chevrolet SUV was traveling south when it entered the northbound lanes and collided … END_OF_DOCUMENT_TOKEN_TO_BE_REPLACED 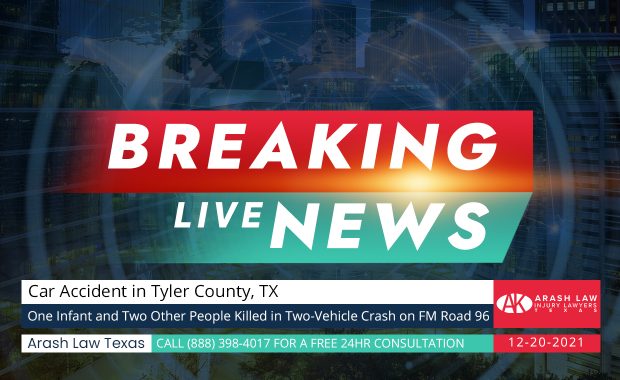 Three people, including an infant, were killed in an accident in Tyler County on Monday morning, December 20, 2021. The fatal two-vehicle crash happened shortly before 7:00 a.m. on Farm to Market Road 96 in the Fred Community. According to Sergeant Shana Clark of the Texas Department of Public Safety, it happened when a small car slid out of control into the opposite lane and was hit by an SUV. All of the … END_OF_DOCUMENT_TOKEN_TO_BE_REPLACED