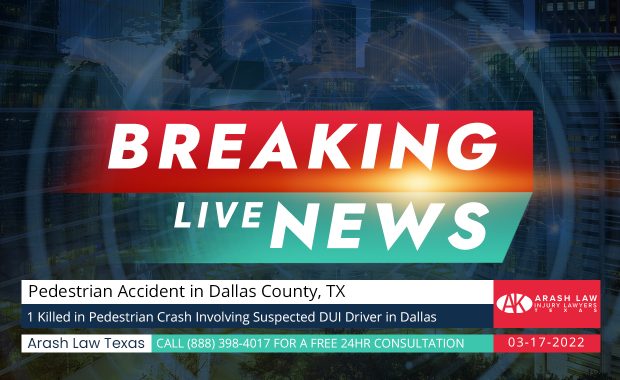 According to police, a 27-year-old man was struck and killed by a car in northwest Dallas on Thursday morning, March 17, 2022. The crash occurred around 1:30 a.m. in the 2500 block of Hudnall Street, near Maple Avenue and Denton Drive. The victim was crossing the street when he was struck by a 2021 Toyota Tacoma pickup truck, according to Dallas police. According to a police news release, Richard R., 27, was … END_OF_DOCUMENT_TOKEN_TO_BE_REPLACED 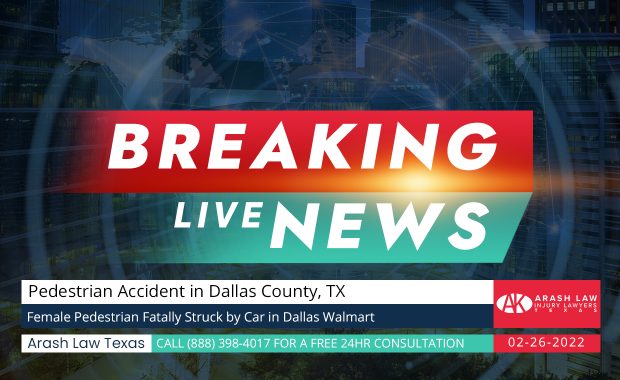 According to police, a woman was killed in a fatal pedestrian accident after being struck by an oncoming vehicle while crossing a street in Dallas on Saturday, February 26, 2022. The fatal crash happened on a Saturday at 8700 Clark Road. Officers responded to the crash scene to an unrelated vehicle accident when a pedestrian attempted to cross in the middle lane of traffic, according to the Dallas Police … END_OF_DOCUMENT_TOKEN_TO_BE_REPLACED 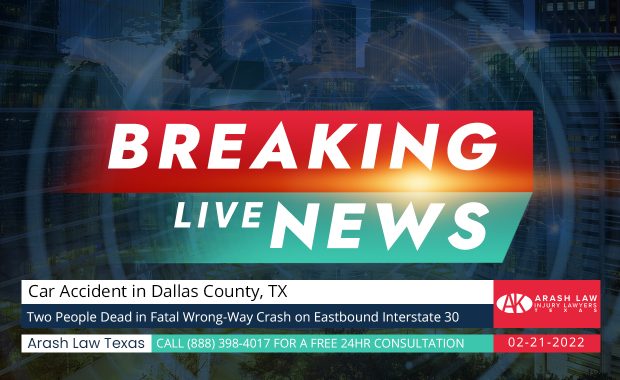 A fatal wrong-way crash claimed the lives of two people in Grand Prairie on Friday, February 18, 2022. The fatal two-vehicle crash occurred at about 12:50 a.m. on eastbound Interstate 30 near Belt Line Road, according to Grand Prairie police. A Ford occupied only by the driver was traveling in the wrong direction on I-30, heading westbound in the eastbound lanes. A truck eventually collided with the car that … END_OF_DOCUMENT_TOKEN_TO_BE_REPLACED 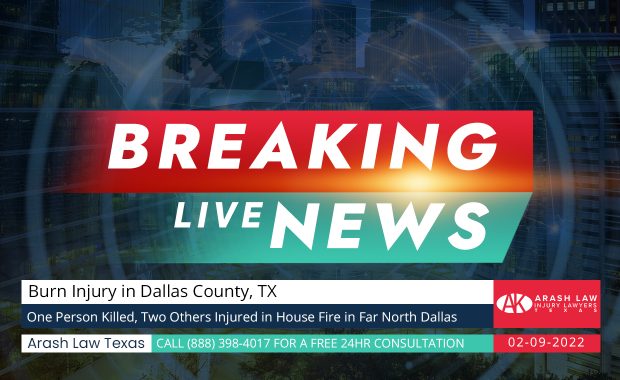 One person died, and two others were injured, including a firefighter, after a fire broke out at a Far North Dallas home early Wednesday morning, February 9, 2022. Dallas Fire-Rescue was called at about 6:50 a.m. to the one-story house in the 7900 block of Briaridge Road, near Coit Road, where thick black smoke and heavy fire were coming from home, spokesman Jason Evans said. Dallas Fire-Rescue said a woman in … END_OF_DOCUMENT_TOKEN_TO_BE_REPLACED 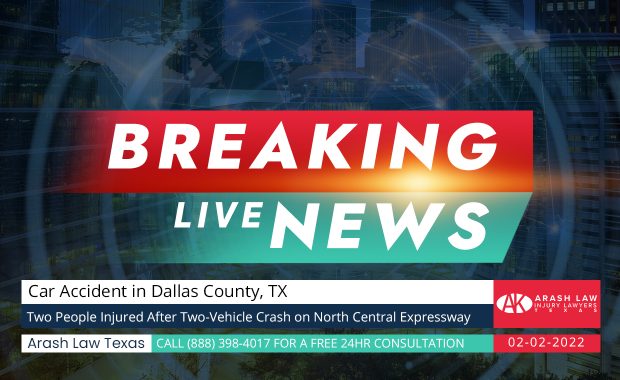 Two people were sent to the hospital as a result of a crash on the northbound Central Expressway on Wednesday morning, February 2, 2022. The two-vehicle collision occurred around 3:30 a.m. on the northbound Central Expressway near the Hall Street exit. Dallas police and Dallas Fire-Rescue responded to the crash near the Hall Street exit. A Jeep Wrangler and an 18-wheeler were reportedly involved. Two … END_OF_DOCUMENT_TOKEN_TO_BE_REPLACED 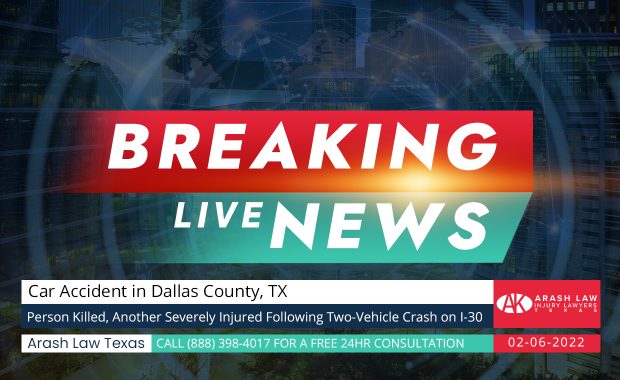 One person was killed, and another was in critical condition after a fatal two-vehicle crash on I-30 in West Dallas early Sunday morning, February 6, 2022. The collision occurred shortly after 3:30 a.m. in the westbound lanes of I-30, just before Loop 12, in West Dallas. Both drivers had to be cut out of their vehicles by firefighters. One of the drivers died shortly after 4:00 a.m., while the other was … END_OF_DOCUMENT_TOKEN_TO_BE_REPLACED 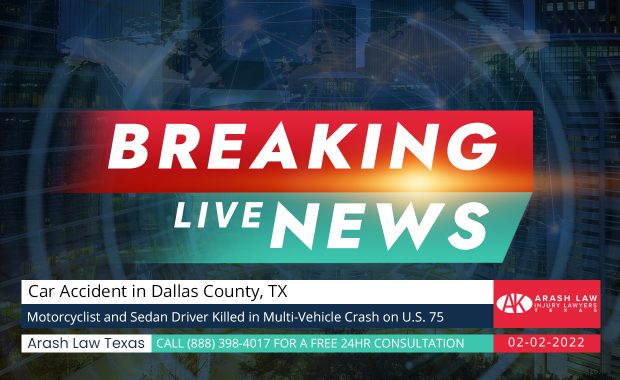 One motorcyclist was killed, and another was injured in a collision in Richardson on Wednesday, February 2, 2022. The first collision occurred around 5:00 a.m. in the 3700 block of North Central Expressway, near Campbell Road, according to police. The police reported two motorcyclists were traveling north on 75 when they collided. Both motorcyclists were thrown from their bikes and landed in the middle of … END_OF_DOCUMENT_TOKEN_TO_BE_REPLACED 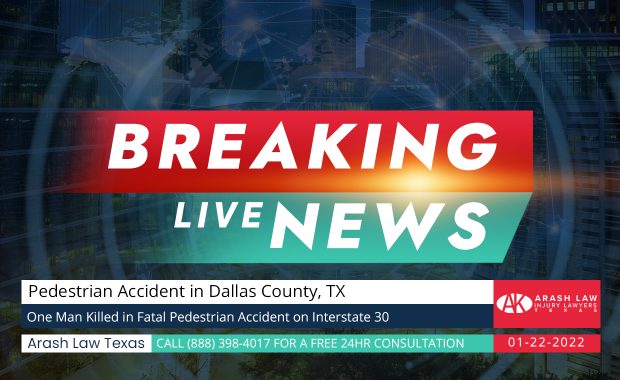 An unidentified man was killed in a fatal pedestrian accident on I-30 on Saturday, January 22, 2022. The accident happened at approximately 8:46 p.m. on westbound Interstate 30 between St. Francis and Jim Miller Road. Dallas Sheriff's Deputies and Dallas Fire-Rescue responded to the crash scene after receiving reports of a major accident. According to investigators, a pedestrian dressed in dark clothing was … END_OF_DOCUMENT_TOKEN_TO_BE_REPLACED