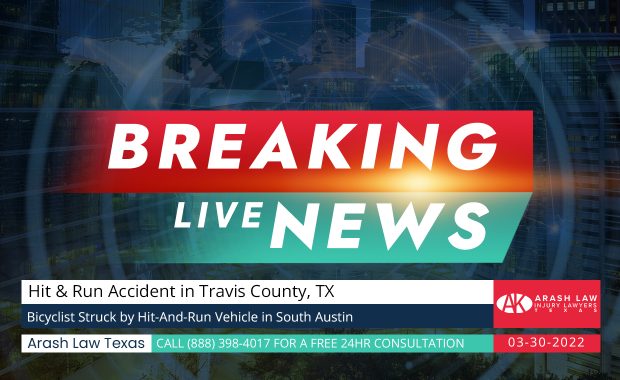 The Austin Police Department is investigating an accident involving a bicyclist struck by a hit-and-run vehicle in South Austin on Wednesday, March 30, 2022. APD said it received the first 911 call about the crash around 8:25 p.m. on the 700 block of W. Riverside Drive. A bystander captured video of a cyclist riding in front of the Long Center for the Performing Arts when a white car, which appeared to be … END_OF_DOCUMENT_TOKEN_TO_BE_REPLACED 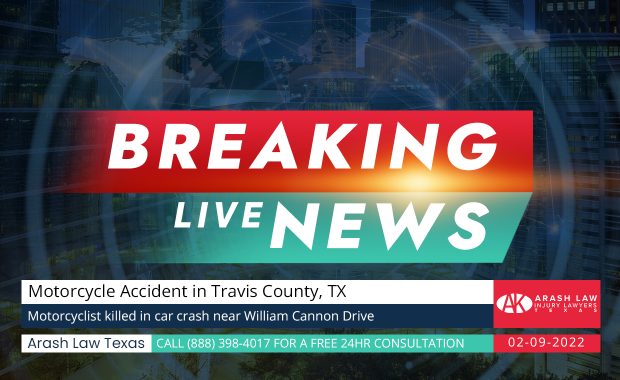 According to Austin-Travis County EMS, one person died in a crash involving a vehicle and a motorcycle on MoPac on Wednesday, February 9, 2022. The fatal crash happened at about 10:38 a.m. on the service road of MoPac near William Cannon Drive. ATCEMS said medics responded to the crash scene after receiving reports of a fatal collision. ATCEMS initially reported that medics were administering CPR to the … END_OF_DOCUMENT_TOKEN_TO_BE_REPLACED 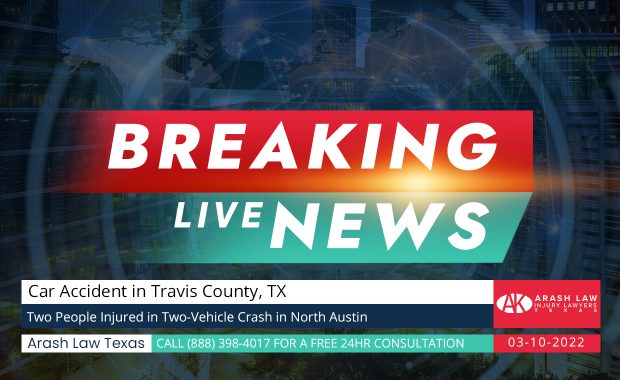 The Austin police responded to a major collision involving two vehicles and two injured people in North Austin on Thursday night, March 10, 2022. The two-vehicle crash occurred at about 11:03 p.m. at the intersection of Burnet Road and Rutland Drive, according to police. Two people were taken to the hospital, one of whom was in critical condition, and the other was in stable condition. There are no other … END_OF_DOCUMENT_TOKEN_TO_BE_REPLACED 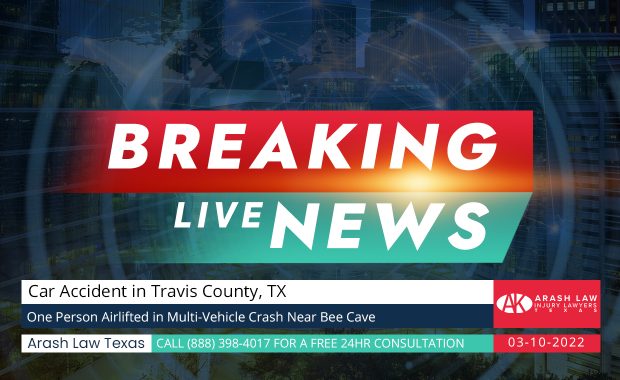 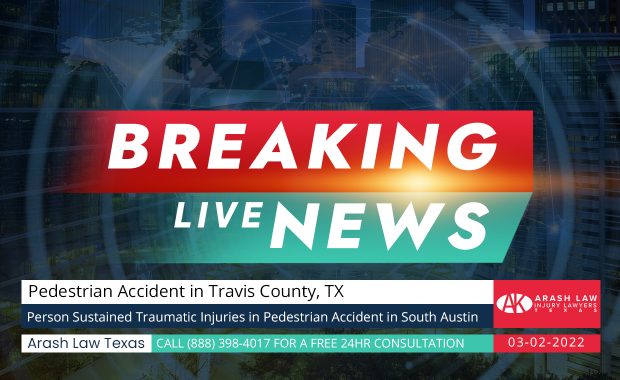 The Austin-Travis County EMS responded to a collision in South Austin involving a bus and a pedestrian on Wednesday night, March 2, 2022. According to officials, the pedestrian accident occurred around 7:41 p.m. at South Congress Avenue and Krebs Lane. According to ATCEMS, an unconscious adult was transported to St. David's South Austin Medical Center with serious, possibly life-threatening … END_OF_DOCUMENT_TOKEN_TO_BE_REPLACED 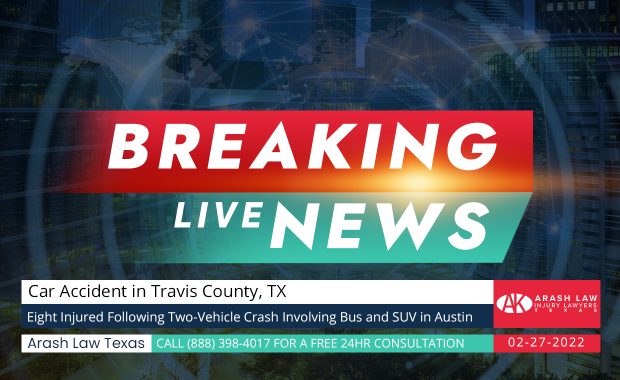 A CapMetro bus and a car collided, injuring eight people, including two children, in East Austin on Sunday afternoon, February 27, 2022. According to Austin-Travis County EMS, the fatal crash occurred around 2:45 p.m. at the North Interstate 35 northbound service road and East 11th Street. Two people were knocked out by the crash, according to ATCEMS, and one child required CPR. After the crash, two people … END_OF_DOCUMENT_TOKEN_TO_BE_REPLACED 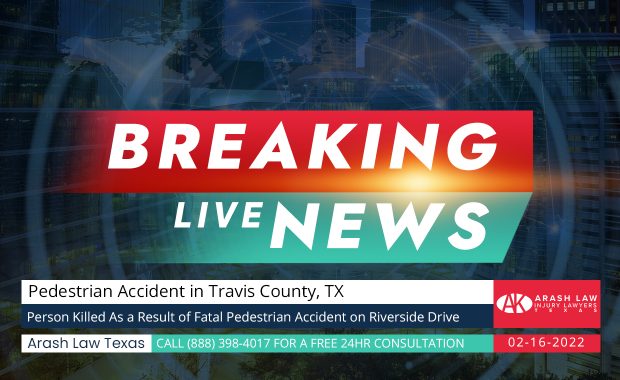 [02-16-2022] Travis County, TX – One Person Killed As a Result of Fatal Pedestrian Accident on Riverside Drive

One pedestrian was killed in a fatal auto-pedestrian crash in southeast Austin Wednesday morning, February 16, 2022. The fatal crash occurred just before 6:00 a.m. near Montopolis and East Riverside drives. According to officials, the victim was an adult male who died at the scene. According to preliminary investigation, the vehicle was driving westbound when the pedestrian was struck while lying in … END_OF_DOCUMENT_TOKEN_TO_BE_REPLACED 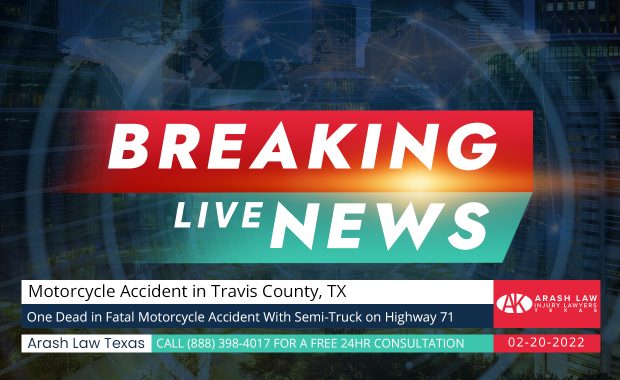 According to an Austin-Travis County EMS, one person was killed in a motorcycle crash and a semi-truck on Sunday evening, February 20, 2022. The fatal crash occurred around 8:20 p.m. at 4535 E. Hwy. 71 westbound. When crews arrived on the scene, they confirmed that one adult had died due to the crash. In a follow-up tweet, ATCEMS officials stated that no other patients were involved in the crash. Drivers … END_OF_DOCUMENT_TOKEN_TO_BE_REPLACED